Are You Living in a Workplace Horror Story Without Knowing it?

Spooky season is here and it’s bringing with it the fun of trick or treating, hot chocolate, and scary stories. It’s an October tradition. With that in mind, we thought we would have a little fun and give a few of our favorite monster movies a modern twist.

Ours are tales born from the need to integrate older, used machinery or systems with networks and a whole host of modern data sources. Maybe you had an integration that turned into a nightmare, or you just have a feeling that something, somewhere could go wrong. It is those fears that are the inspiration for this month’s blog.

Technology is complex, and getting different systems to work together can be a challenge. With that in mind, we present to you our four movies that could make for a scary workplace horror story. We bet that at least one of them will give you a scare for real!

Here’s a little Halloween playlist for you while you read through them: 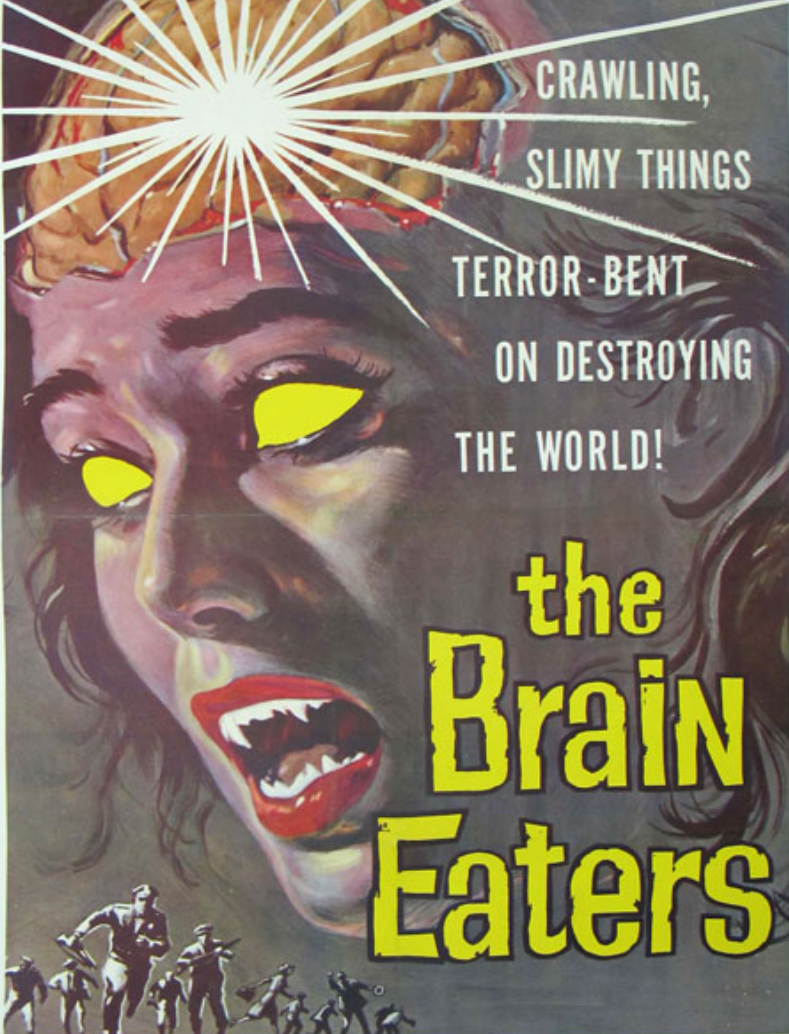 It was a dark and stormy night when one tired employee decided to clean up their digital workspace. With a smile, they confirmed the deletion and watched the data disappear from their workstation. Having a tidy drive without a bunch of loose files floating around feels good. They leave for the night, happy and content that all is good in their world.

The next day, all the data is gone. Everyone’s data. It's like someone took the brain right out of the computer network. No one can find their work.

And then they remember, we have a backup. We are saved! We can bring it all back.

That is when the chills start to set in. The backup wasn't working either. It’s gone. All gone.

Like many horror movies, this story may seem a bit far-fetched. Except that it isn’t.

Something like this happened to Pixar, the movie company. Someone accidentally erased the entire production of Toy Story 2 and when Pixar searched for any of the on-site backups, they discovered the backup system wasn’t working either.

The stuff of nightmares right there! 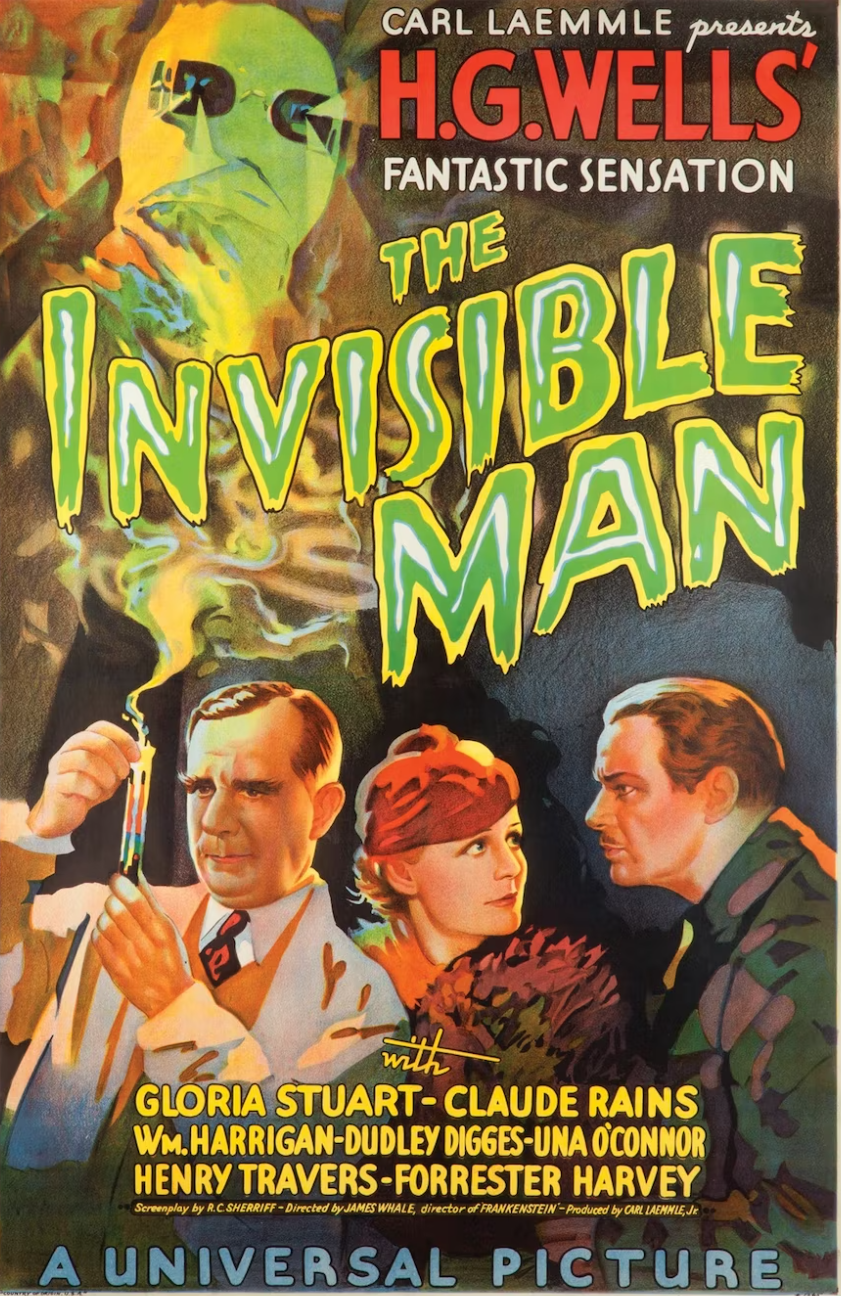 You’re sitting in your office, at night and alone. The rain and wind pound at the windows. You hear a creak and turn to look but no one is there. You turn back to your computer and just have that tingly feeling that someone is watching you.

You half expect to see writing appear mysteriously on the foggy windows, drawn by an unseen hand. It’s silly, of course. There is no such thing as an Invisible Man, right?

An unseen being, looking over your shoulder, watching your every move, waiting to pounce when you least expect it. No Such Thing.

Maybe you should ask Target about that. Some years ago a group of hackers exploited a hole in the security of one of the retailer’s third-party database managers. Invisible and quiet they downloaded data until finally putting it out on the internet for any scammers and con artists to use.

Target agreed to an $18.5 million dollar settlement with their customers because of this data breach, proving that The Invisible Man exists.

Is he looking over your shoulder? 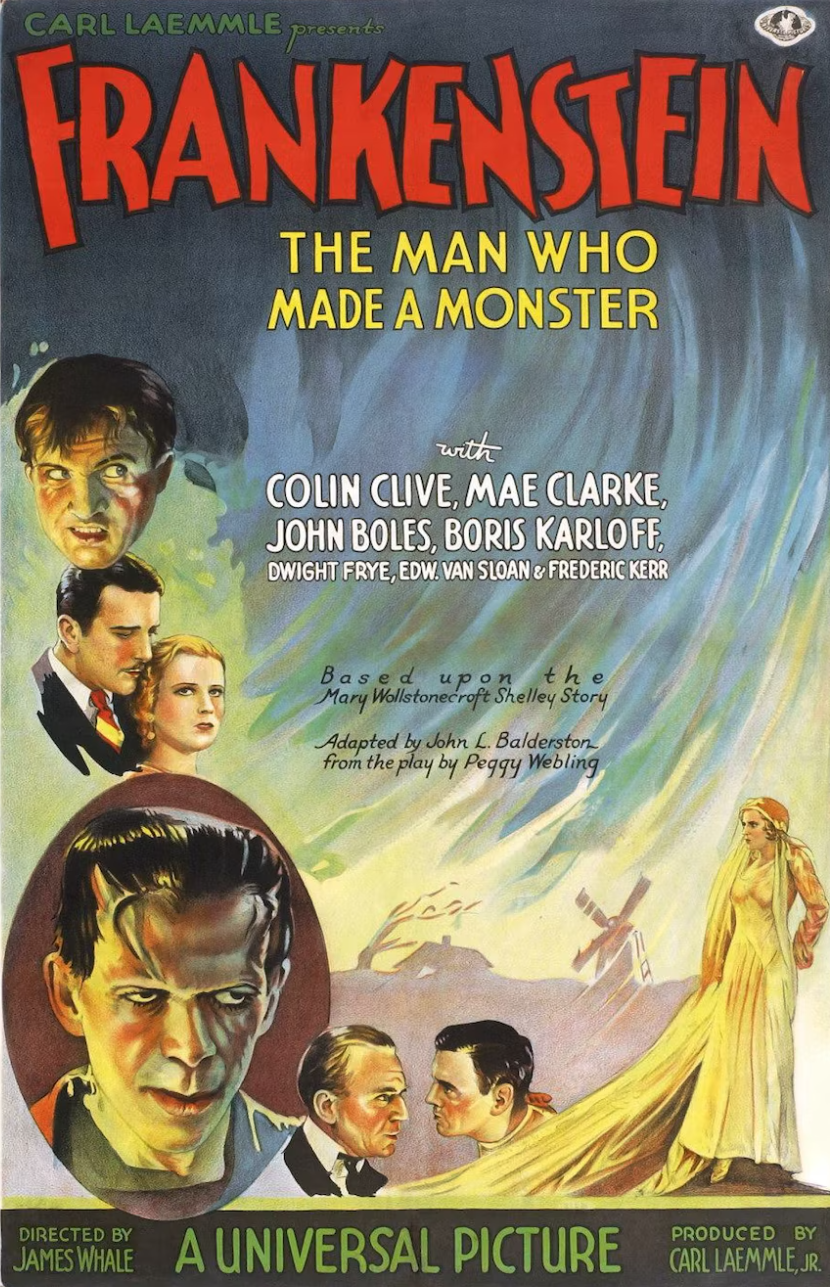 your shop floor performed. You think back on the latest integration you did between your PLCs and the new network.

The guys who were putting everything together reassured you it would all work, but you always had your doubts. When they turned it all on, someone shouted, “It's alive!”

Congratulations, you just built your own monster!

Dr. Frankenstein would be proud.

We’ve all seen it in the way a friend connected the TV, cable, VCR, and Blu-ray player in their home, but until that moment you hadn’t considered the possibility of accidentally creating one at work, too. It turns out that Frankenstein’s Monster is alive and well in the clunky old servers in the back closet that barely talk to the PLCs on the older machines over a network that bottlenecks once in a while.

The scary thing about Frankenstein’s monster is that you never know when he will come after you. You spend your days trying not to disrupt the network or your shop floor because once you ask it to do something it wasn’t designed for, the monster will awake, and then you will have problems.

Have you thought about the monster living in your shop? 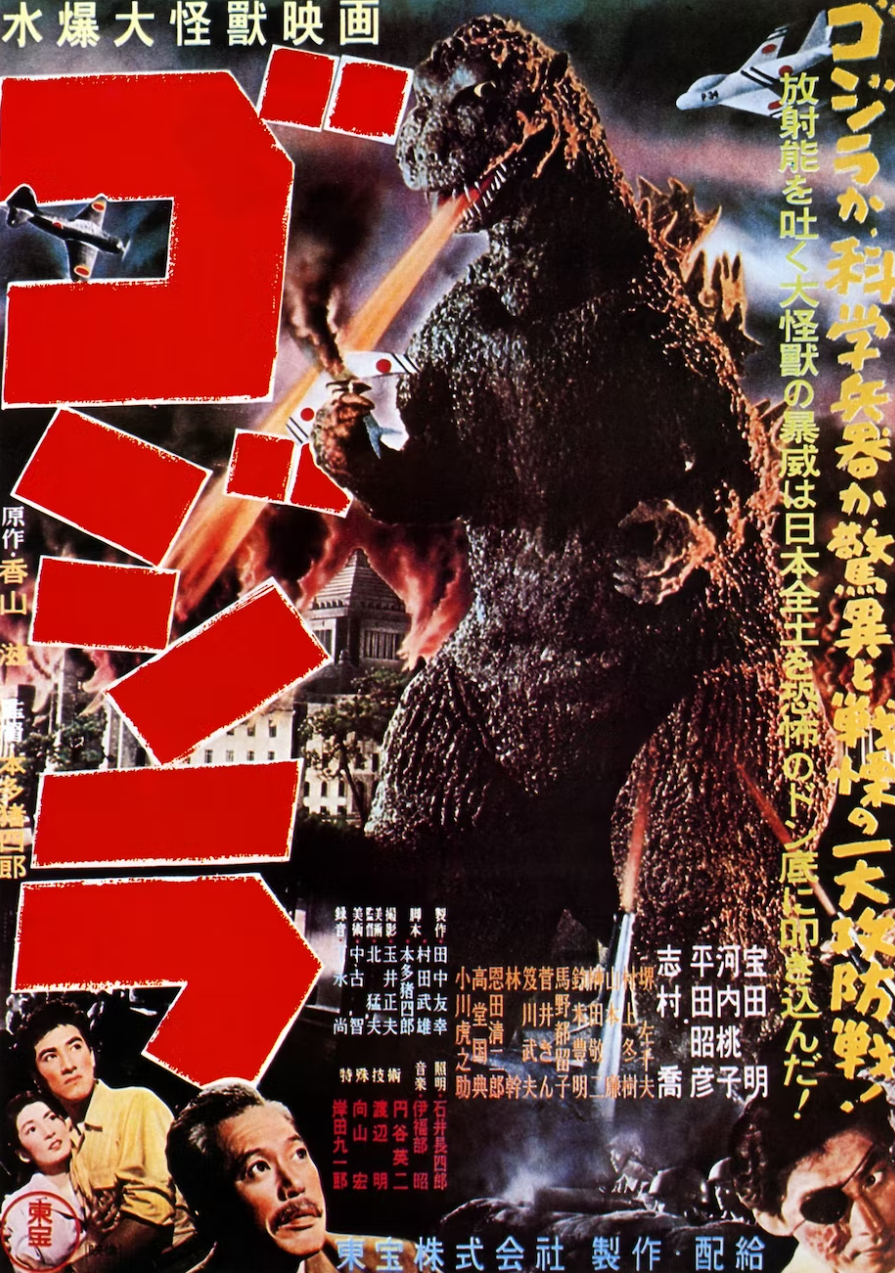 4.  Random Monster from the Deep

Just when things are going great, you get a note that Joe, who is the only guy who really knows how “that” system works, is going to be out of work for a while. That is precisely the time that system, whatever it is, stops working and grinds production to a halt.

Your office may not be downtown Tokyo, but the equivalent of a big, slimy, and scaly monster just rose out of the dark and deep areas of your network to wreak havoc.

No matter what form it takes, we have all encountered a big monster in the shop that someone woke up on accident. Maybe you should have known it was there, or maybe it got woken up on accident but the disruptions are the same no matter the cause.

As your employees scramble trying to fix what isn’t working, you just hope that you can get it all under control and make it go away.  And then, the waiting begins, waiting for the next time it shows up.

And then once it goes away, you wait in fear for the next time he shows up 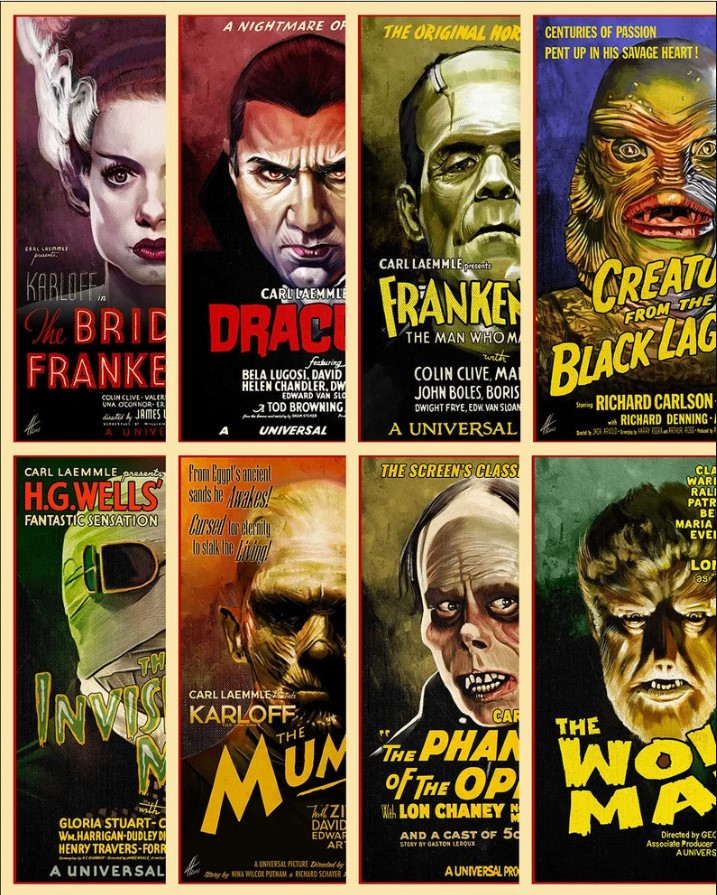 The reason stories of monsters are so popular is that they are rooted in some bit of truth about society. We are all scared of the unseen and the unknown whether it's coming from some unknown thing in a dark corner, or just trying to “figure out what this button does.”

The good news is that November is right around the corner, and you will have the opportunity to give thanks to the people and systems that exist today to keep these monsters at bay.

At Software InsITe we stand ready to help you fight the monsters that may be lurking in your integrated systems. We can help you write a nice story that ends with increased efficiency and better production. Let us help you avoid creating your own workplace horror story.

Software InsITe was launched in 2012, following the inception of our sister company InsITe Business Solutions. At Software InsITe we take a different approach to technology solutions, we’re integrators focused on your business. We actively work with manufacturing and distribution companies that need improvements to existing manual systems and processes. We optimize supply chain and operations by turning data silos into information solutions, giving manufacturers and distributors actionable insights into their data to increase efficiencies.

If you have any questions about this post please leave a comment. We read and respond to all comments. Or better yet, give us a call and ask to talk directly to our CEO and Principle Consultant Dave Poggi at 616-383-9000.